Have you purchased yours? Early Bird and Bundle Savings Available!

Demo Days is the hallmark event in the CFS virtual learning series. This innovative professional development is geared toward all secondary science educators. Knowing that students need to explore through hands-on phenomena, investigations, and experiments, Demo Days focuses solely on providing sessions centered around demos, labs, and engineering activities. Presenters will not just deliver the final product but will share set-up, safety, material management, student misconceptions, modifications, and special instructions as needed. Attendees will leave with an enormous bank of new hands-on explorations, as well as a workbook full of labs that you can photocopy/download and use with your class immediately!

We know that this past year you've been amazing and strong alone.

This year, let's be unstoppable together in science.

Check out your ticket options below!

Replays will be available for 90 days after the event until January 10, 2022 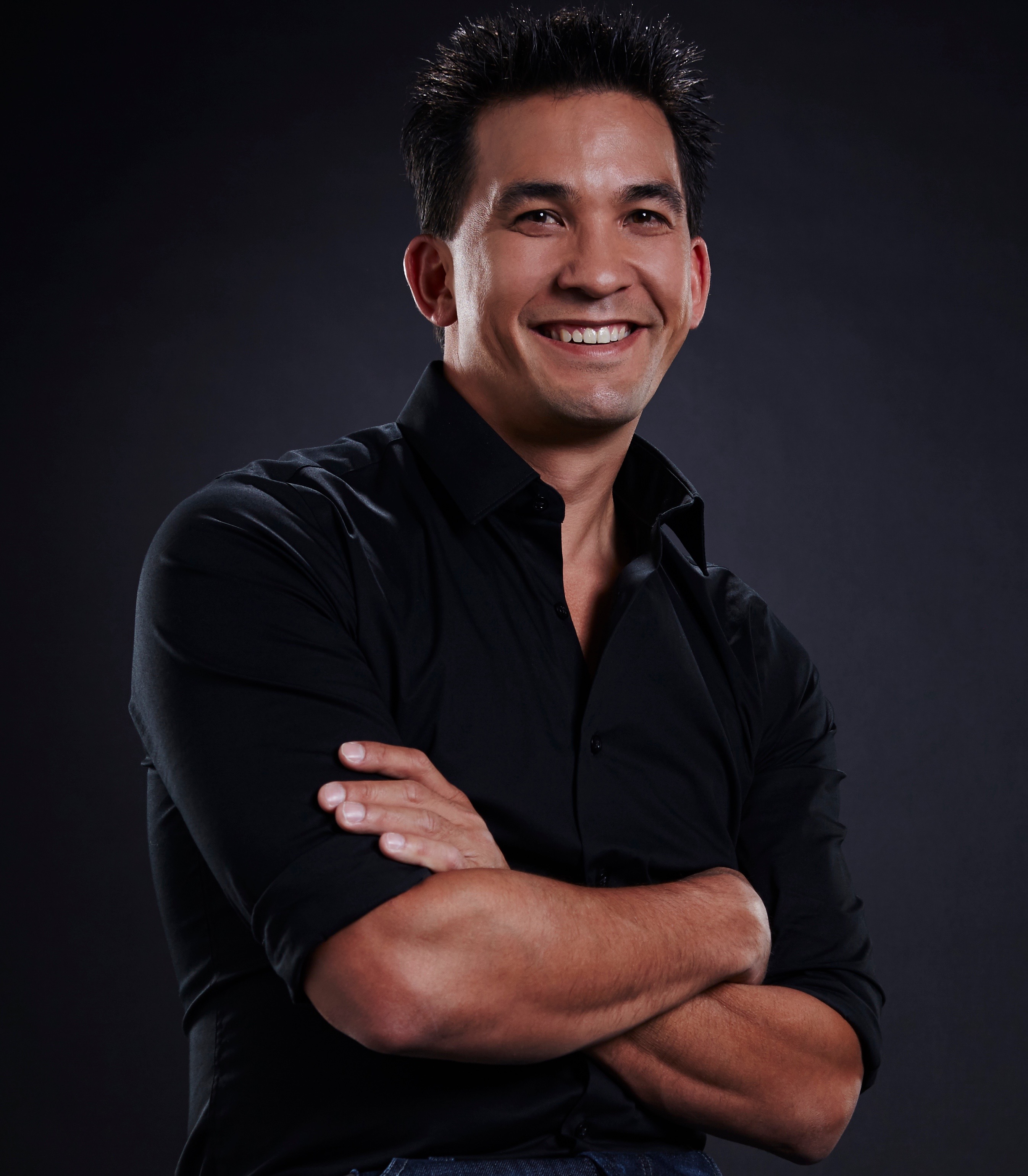 Jason Latimer is the creator of “Impossible Science” the academic platform uniting magic and science to inspire wonder in education, which has now become a popular YouTube channel with millions of views. Latimer is the Curator of Impossible Science of the iconic Fleet Science Center in San Diego, CA but his STEM program has expanded to science centers throughout Southern California. Recently, Engineering.com and Latimer launched the Impossible Science Student Challenge, a competition of thousands of participating schools across the US and Canada to find the classroom doing the most to inspire curiosity within Science, Technology, Engineering, and Mathematics.

As a magician, Jason is the series champion of the BBC One’s The Magicians, the recipient of Siegfried & Roy’s Masters of the Impossible Award, and was bestowed with magic’s highest honor, “Grand Prix ‘Best Overall’ World Champion of Magic.”

Jason Latimer is not only changing education, he is on a mission to globally inspire wonder. 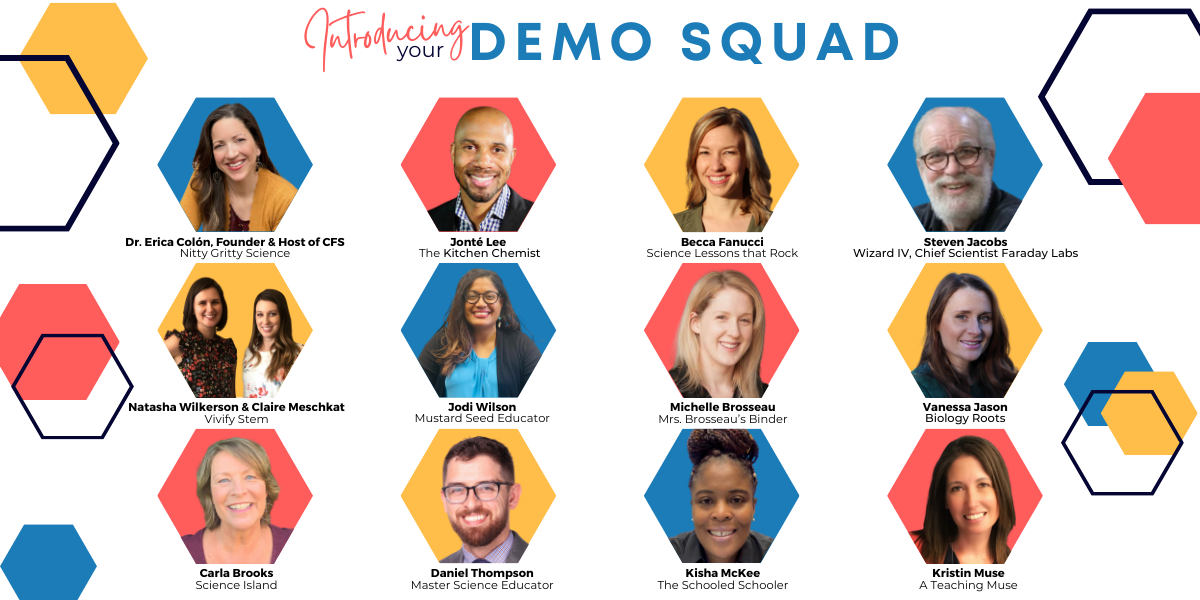 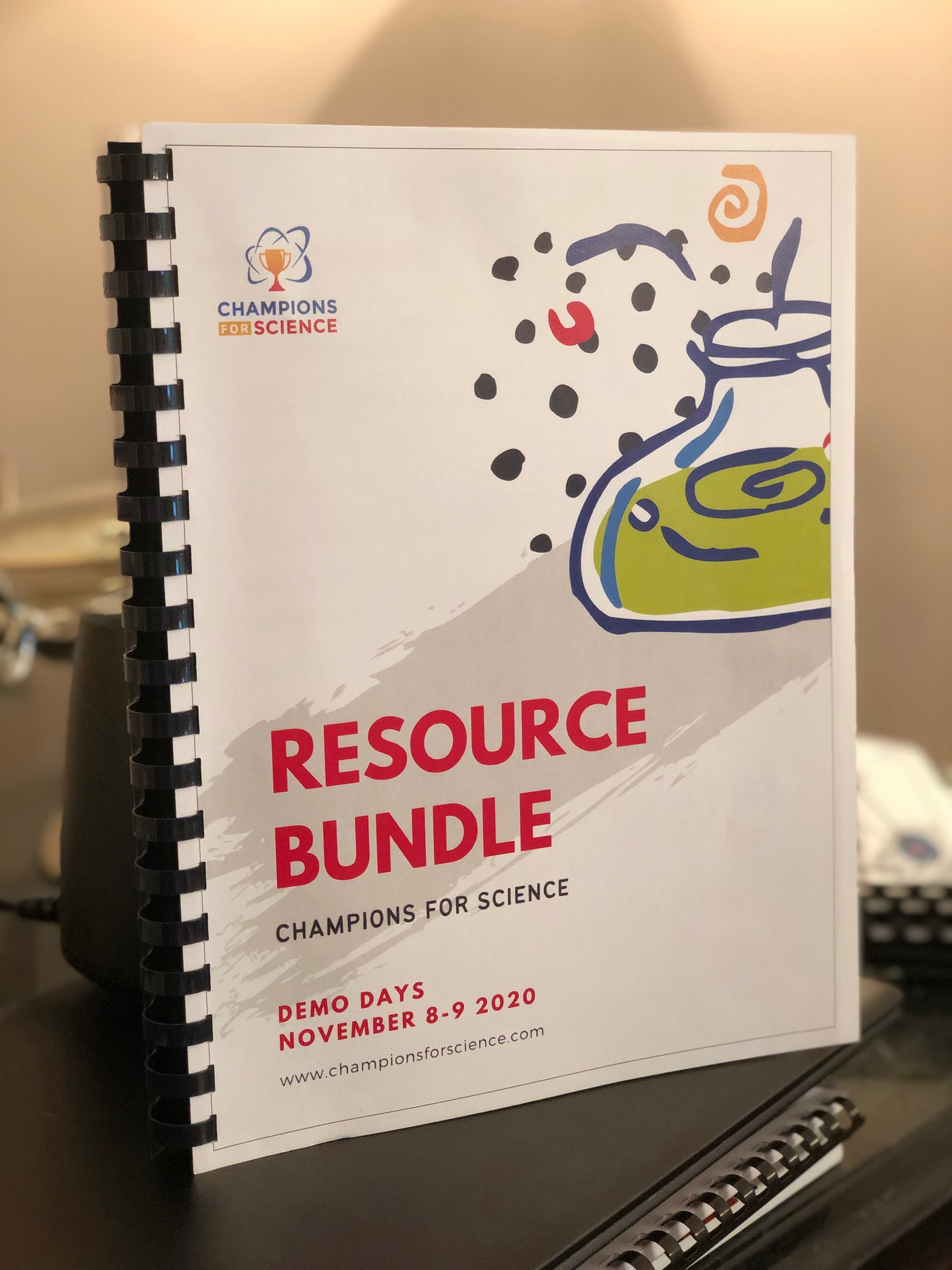 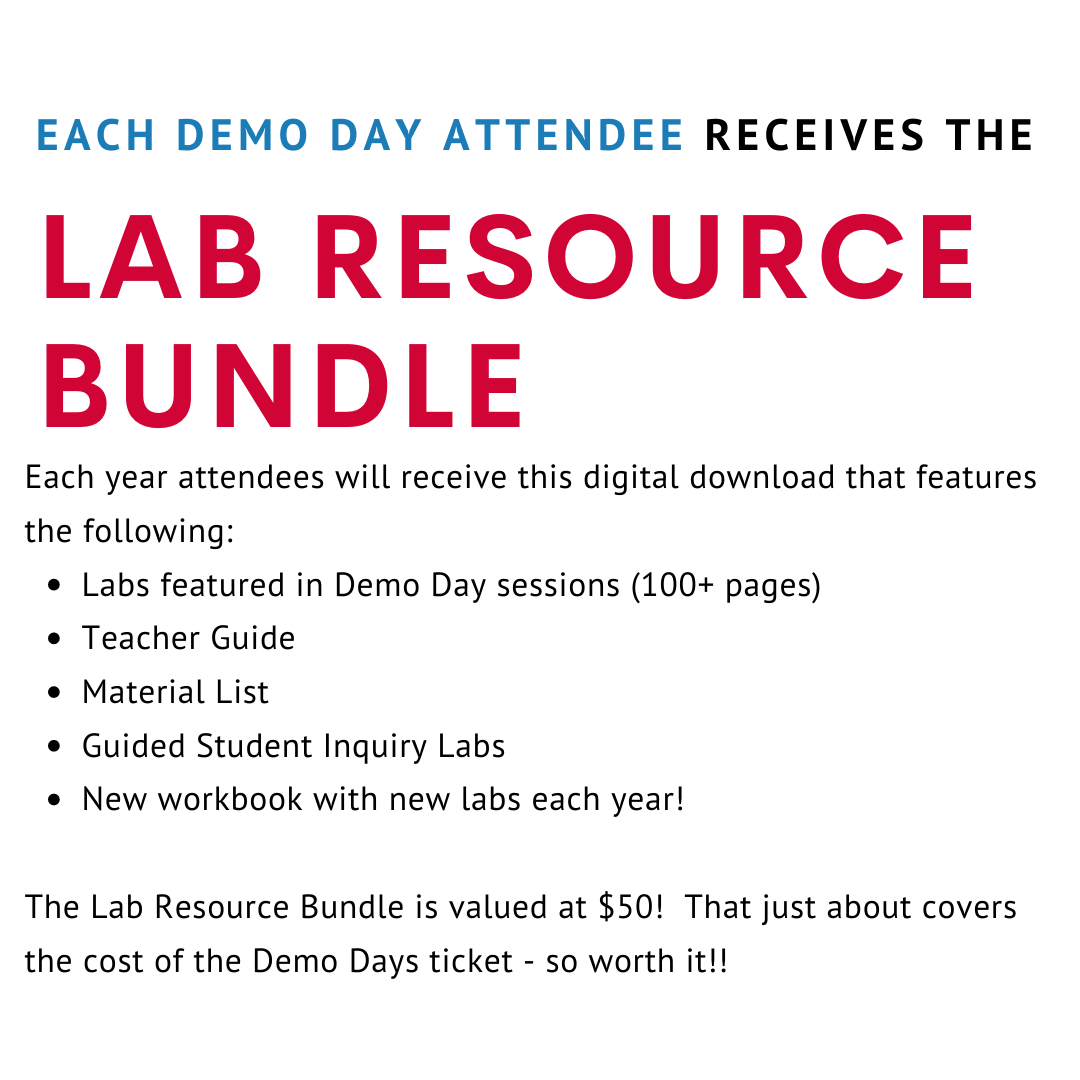 Access to ALL Video Sessions - see schedule here
Guest Speaker Session
Virtual Swag Bag
LIVE Q & A with Presenters (live event only)
Certificate of Completion for DEMO DAYS EVENT - 10 PD HOURS!
Automatic entry into all sponsored giveaways (only during live events)
Access to enjoy the events at your own pace

BE SURE TO CHECK OUT THE OTHER CONFERENCES IN THE 2021 CFS SERIES:

Speakers and sessions are still being added!
Keep checking back for updates!

The schedule is subject to change. Ticket holders have access to all sessions.

On the day of the live event:

1. Check your inbox for live session links, or go to www.championsforscience.com and select

2. Login with the email you purchased your ticket with.

Will I receive PD credits?

At the end of each conference, you will receive a certificate of completion noting sessions and hours. It will be at the discretion of your administration or district if they will accept this for professional development (PD) credit.

What forms of payment are accepted?

All major credit cards are accepted, as well as Google Pay and Apple Pay.

Is there a discount if I join more than one conference in your series?

Yes! You save money if you chose one of the ticket bundle options here.

Do you accept purchase orders?

My email says I'm registered, does that mean I'm good to go?

No. Registration only allows access to the site to learn about speakers and sessions. However, in order to watch sessions, you need to purchase a ticket.

On the days of the conference, how do I watch the sessions?

All sessions have been scheduled so there is no overlap. Some sessions are live while others are pre-recorded. During the event, log in, go to the schedule, select your session, and click on the link to watch. You do not have to select your sessions ahead of time but doing so will ensure you receive ALL the reminders and links!

How do I enter the giveaways?

All ticket holders are automatically entered into sponsored giveaways. There will be additional giveaways during each live Q&A session! You must attend the live session in order to be entered. All winners will be notified by email.

We use cookies This website (and some of its third-party tools) use cookies. These are important as they allow us to deliver an exceptional experience whilst browsing the site.

By clicking 'Accept', you agree to the use of cookies. To learn more see our Privacy Statement.